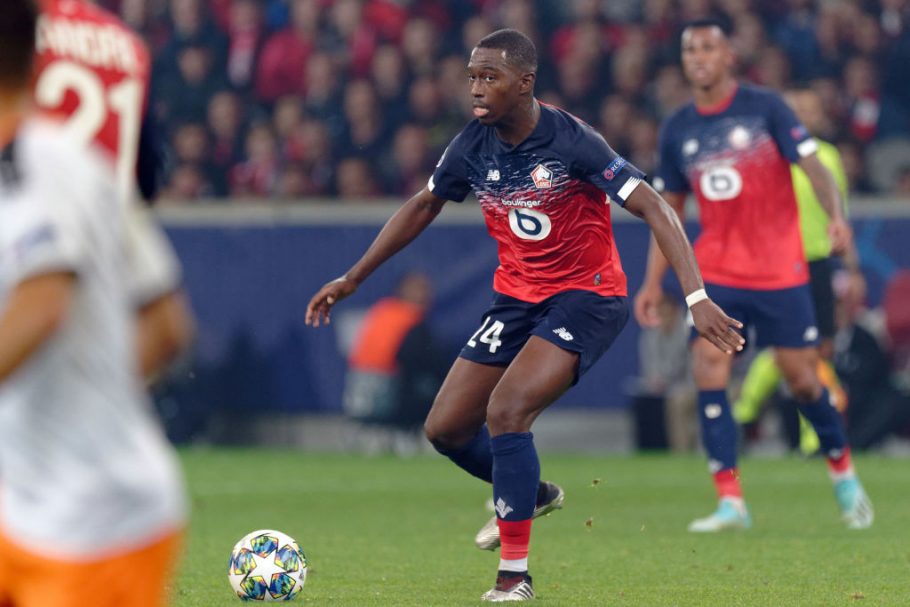 Speculation in England on Monday has credited Leeds United with an interest in Lille midfielder Boubakary Soumare.

Soumare joined Lille in the summer of 2017, on a free transfer from PSG.

The youngster spent much of his youth career in Paris, but did not make a senior appearance for the French champions.

Since making the move to Lille, though, the now-21-year-old has become a key player for the Ligue 1 outfit.

In total, despite his age, Soumare has notched 98 appearances across all competitions for Les Dogues, playing key roles in the last two seasons, both of which saw Lille secure European football.

Soumare has also managed to notch four appearances for France’s under-21 side.

In turn, such impressive form at such a young age has seen Soumare garner interest from some big clubs.

Last year, for example, saw both Manchester United and Chelsea tipped to move for the former PSG man.

And now, as mentioned above, another Premier League outfit have been credited with an interest in the Frenchman.

According to a report from Football Insider on Monday, Leeds United are looking to recruit a top-quality central midfielder who can provide cover and competition for players such as Kalvin Phillips and Mateusz Klich.

As a result, the Peacocks have ‘set their sights’ on Soumare as a potential target.

No fee is mentioned in the report, though it is claimed that Lille accepted a £35m bid from Newcastle in January of last year, only for Soumare to turn the opportunity down.

In other Leeds-related news, meanwhile, Marcelo Bielsa has provided an injury update on his squad ahead of their meeting with Southampton on Tuesday. You can read more about that here:

Phil Foden shines once again for Man City as they hit...