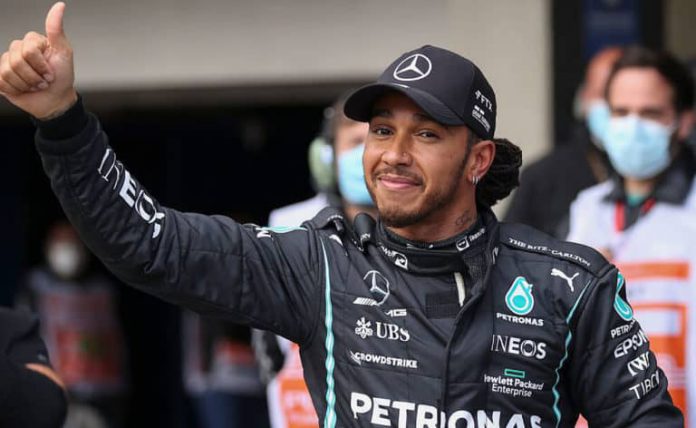 Lewis Hamilton claimed a dominant victory at the inaugural Qatar Grand Prix  to close in on Formula 1 title rival Max Verstappen in the championship, as the Red Bull driver recovered to second.

Hamilton led from start to finish with a commanding drive to convert pole position into his seventh victory of the season to further cut Verstappen’s championship advantage with his second consecutive win.
A superb start helped Verstappen overcome a five-place grid penalty for failing to respect double waved yellow flags in qualifying as the Dutchman charged from seventh to second in just five laps.

While Verstappen was never really in contention to challenge Hamilton, he importantly took the fastest lap bonus point to hold an eight-point championship lead heading into the final two rounds.
A one-stopping Fernando Alonso turned in a stunning drive to claim his first F1 podium since 2014 as he finished third for Alpine.