Gameweek 25 of the Fantasy Football season is set to come to  a close later tonight, when Leeds United and Southampton go head-to-head at Elland Road. Ahead of the extended gameweek’s finale, we have taken a look at how some of the more high-profile FPL bosses have gotten on thus far.

An altogether hit-and-miss week for Manchester United’s captain to this point, Harry Maguire sits a solitary point clear of the average of 41 points.

The English international, though, has a chance to haul in some much-needed differentials tonight, with 4 players set to take part in the clash between Leeds and Southampton: 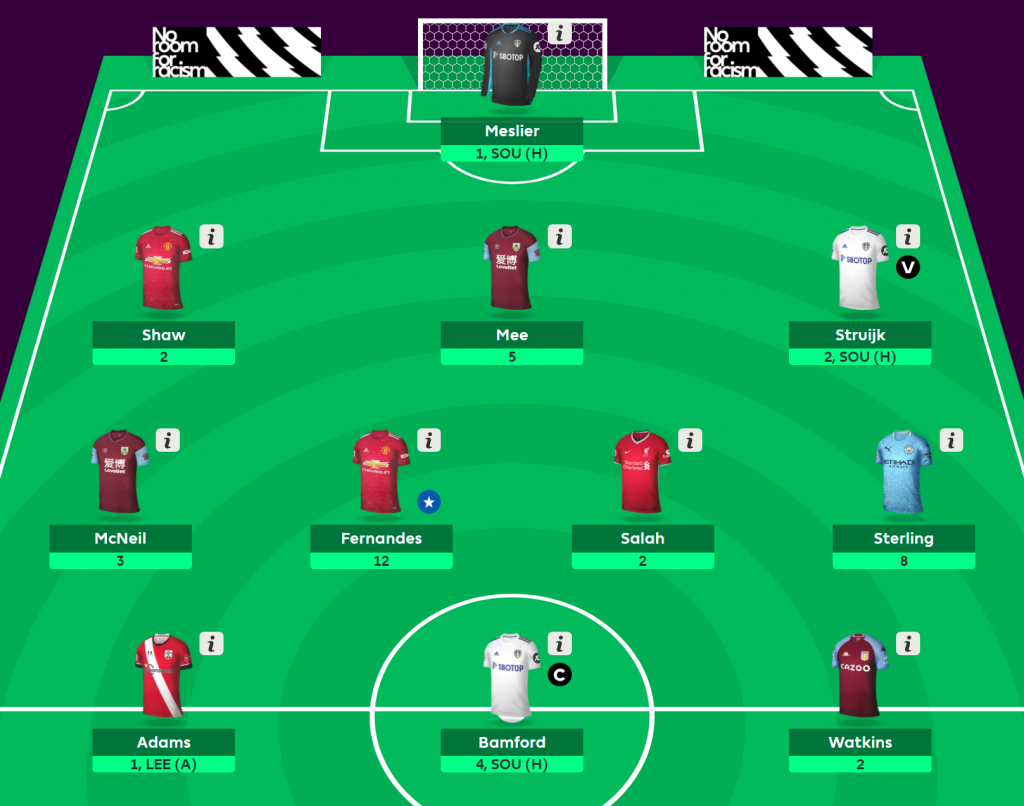 Maguire’s decision to leave both Joao Cancelo and Lucas Digne on his bench, however, are set to prove costly:

Liverpool stopper Andy Robertson is faring relatively well to this point in the Gameweek, with 51 points amassed, on the back of big hauls from Manchester United pair Bruno Fernandes and Marcus Rashford.

His own inclusion resulted in just a solitary point gained, though, with the Scot, like Maguire, having opted for Leeds’ Patrick Bamford as his captain: 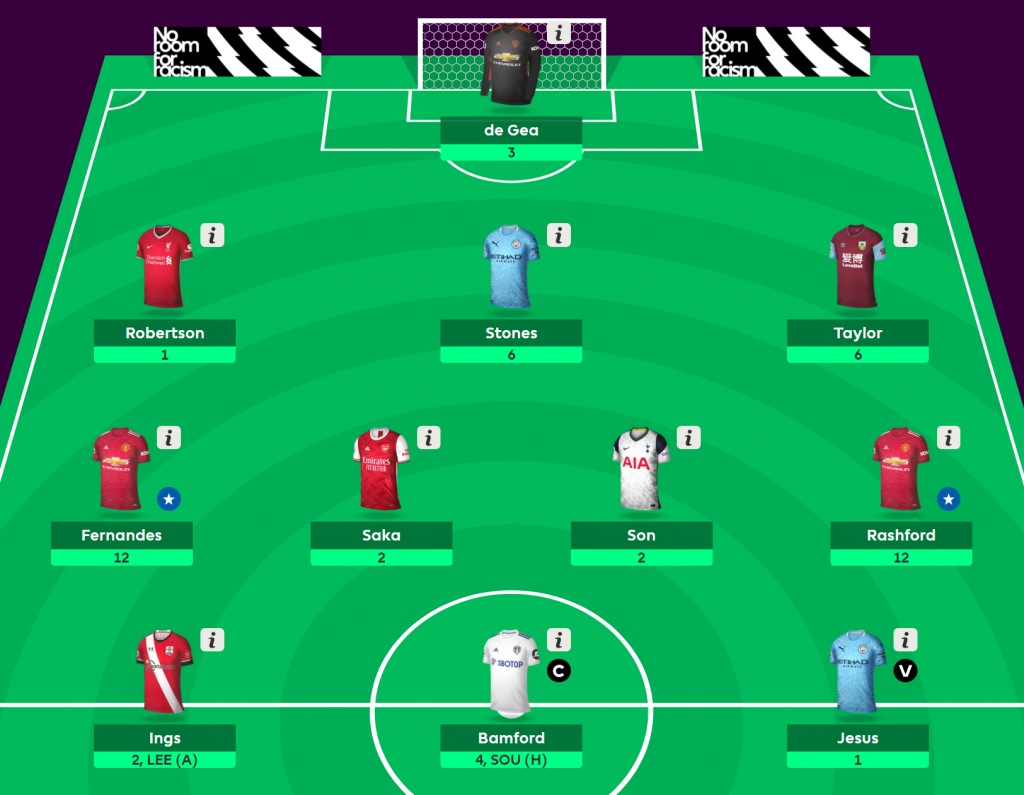 The other star Liverpool full-back in our article has not gotten on quite as well, having notched a paltry 28 points thus far.

It appears evident that Trent Alexander-Arnold is no longer paying much attention to his team, with not a single transfer made despite the double Gameweek for Leeds and Southampton: 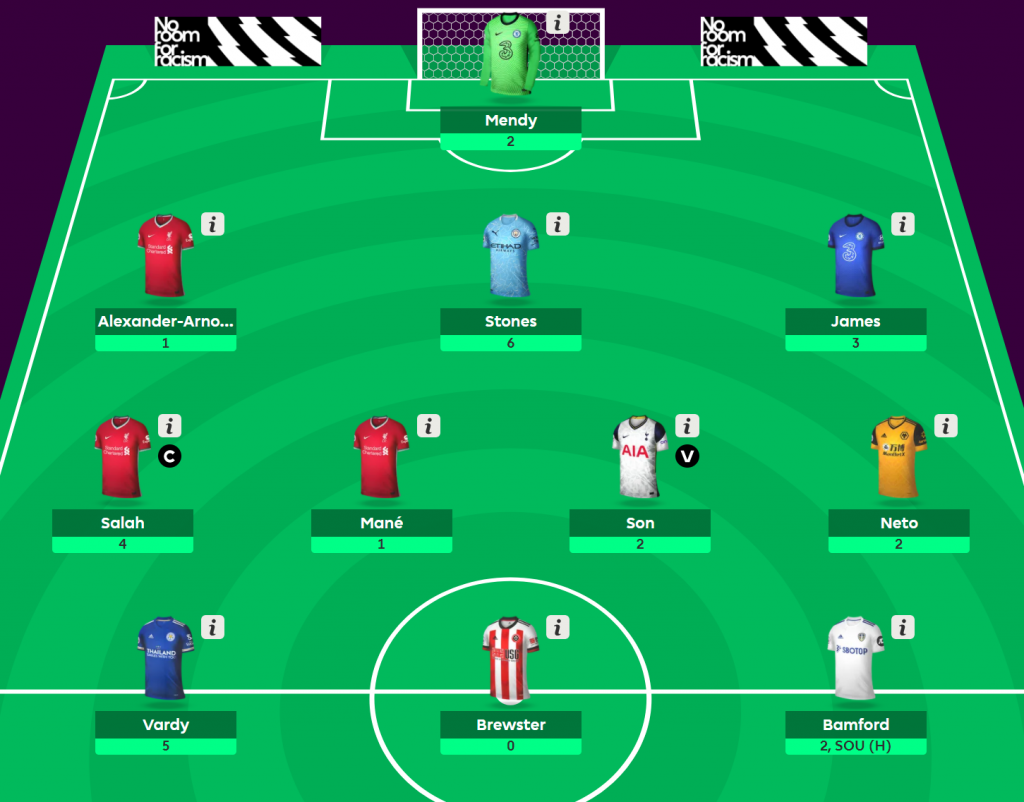 Another of the Premier League’s stars to have bet on himself this week, Leeds’ Patrick Bamford, set to take to the pitch for Marcelo Bielsa’s men shortly, even opted for the captain’s armband.

With a rather average points haul thus far, almost half of which was racked up by Bruno Fernandes and Jesse Lingard alone, Bamford will be hoping for teammates Luke Ayling and Raphinha to do him a solid versus Southampton: 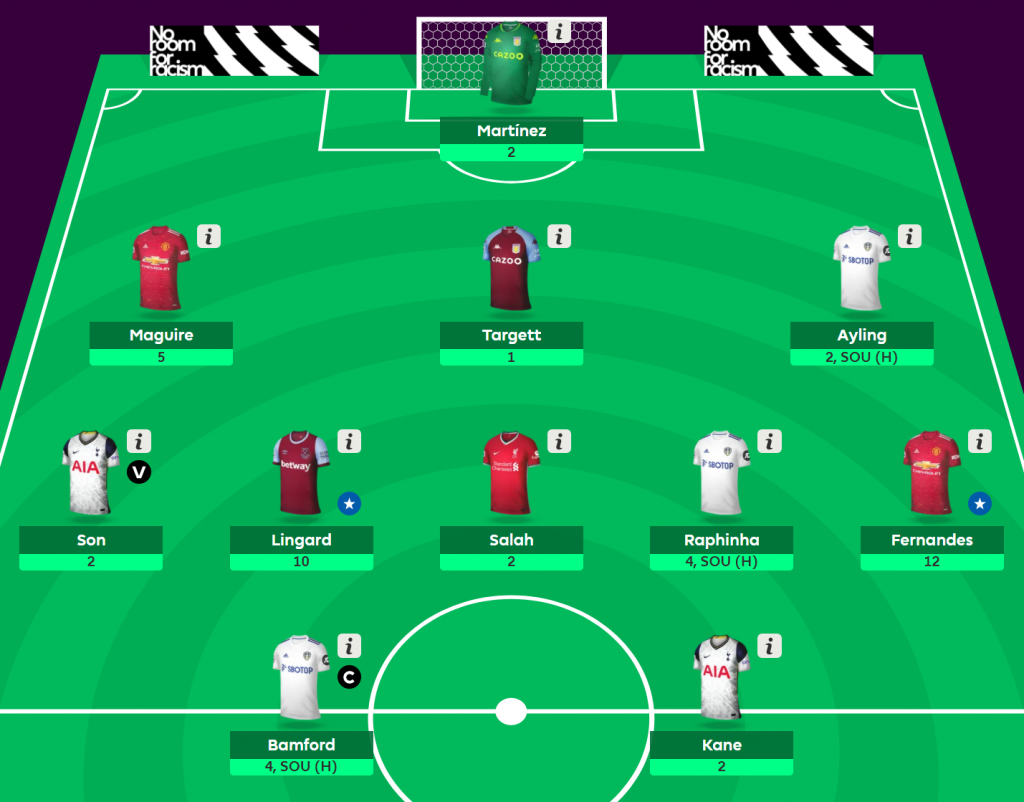 Flying high inside the world’s top 20,000 players this season, Leicester City defender James Justin has not allowed his recent long-term injury to derail his efforts in Fantasy Football.

The 23-year-old has enjoyed a solid if unspectacular Gameweek thus far, albeit with a trio of players left to take to the pitch tonight: 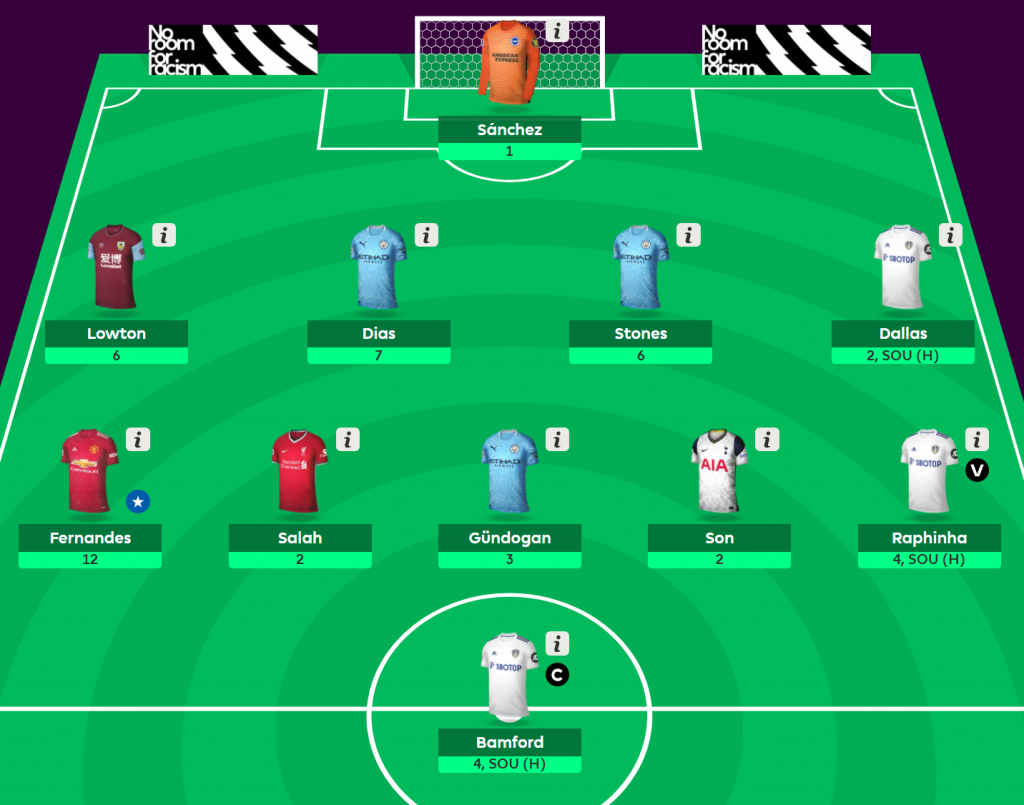 The Dane has remained in the upper echelons of the global leaderboard for some time now, and, remarkably, current sits inside the season’s top 200 managers.

He also has a quartet of players left to play tonight: 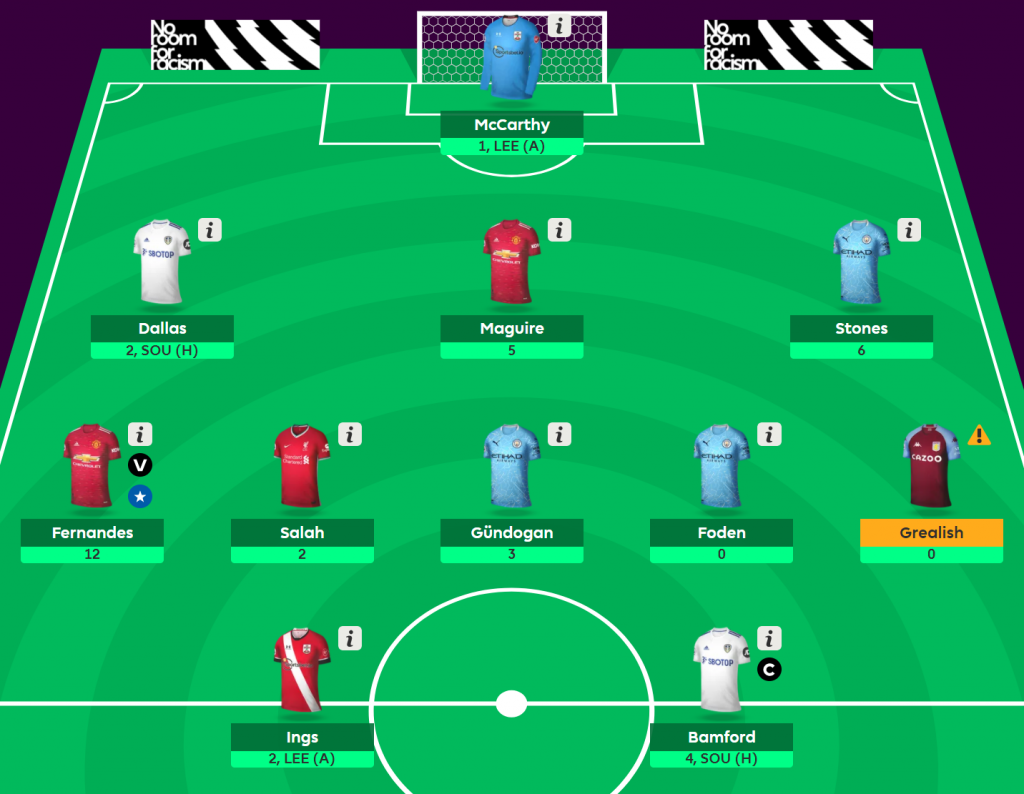 Bendtner will too be boosted by the contributions of both Ben Mee and Dominic Calvert-Lewin, off his bench:

And a couple of others… 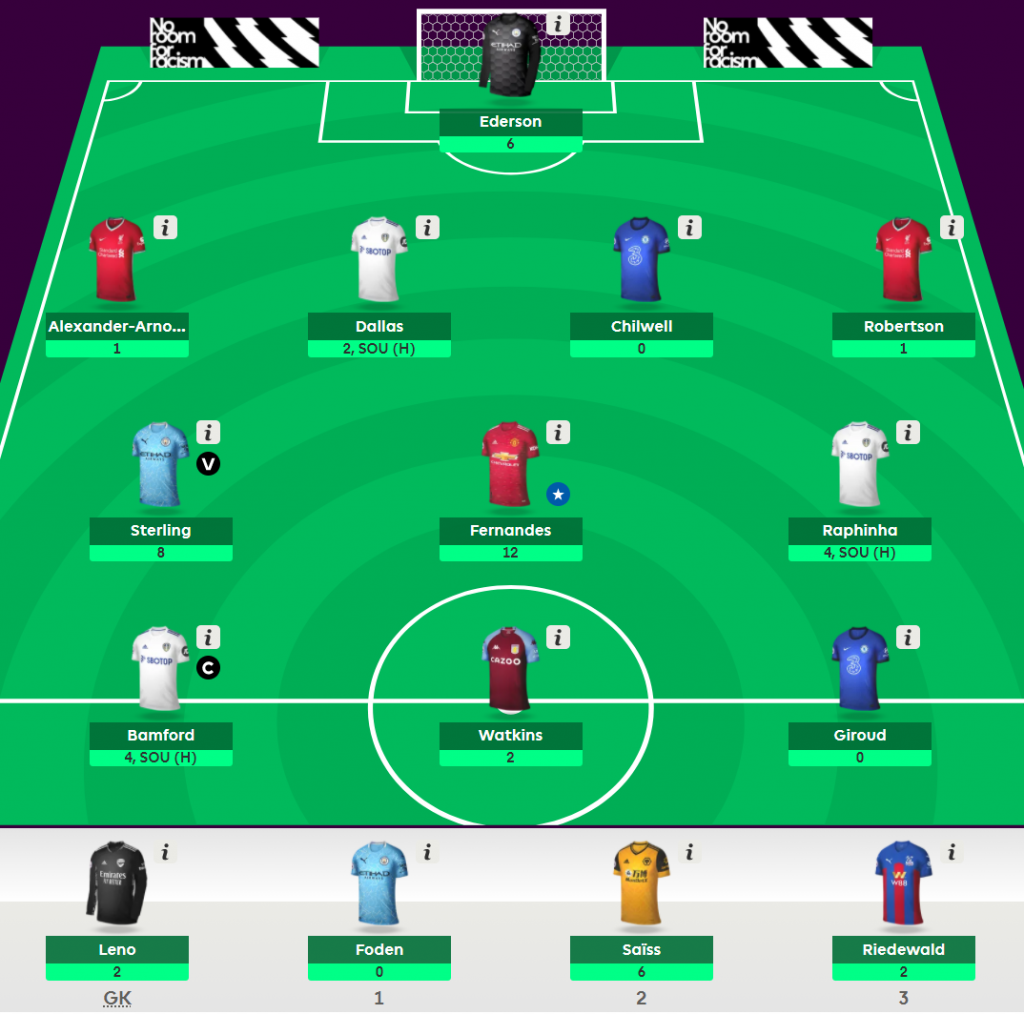 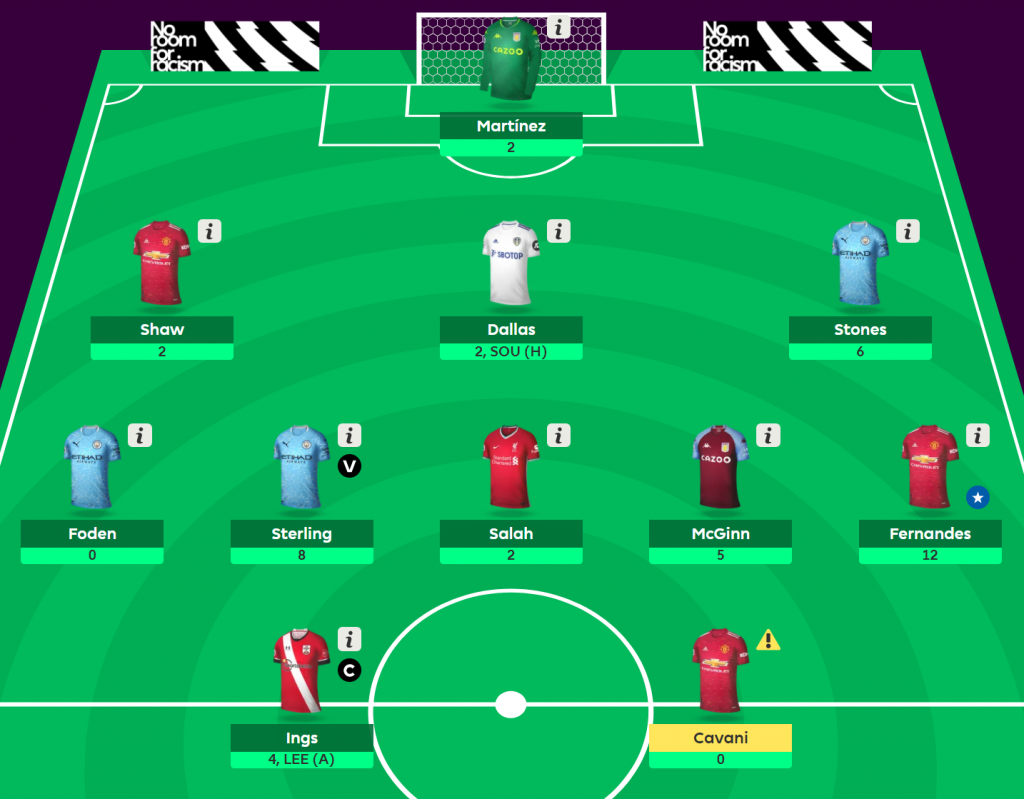 Check back in next week, when we’ll reveal the latest on the FPL luck of another batch of the Premier League’s stars!

Rashford Wins Premier League Player Of The Month For September

Was Too Expensive For Real Madrid – Finidi George

Success of ANC-EFF coalition depends on balance of forces