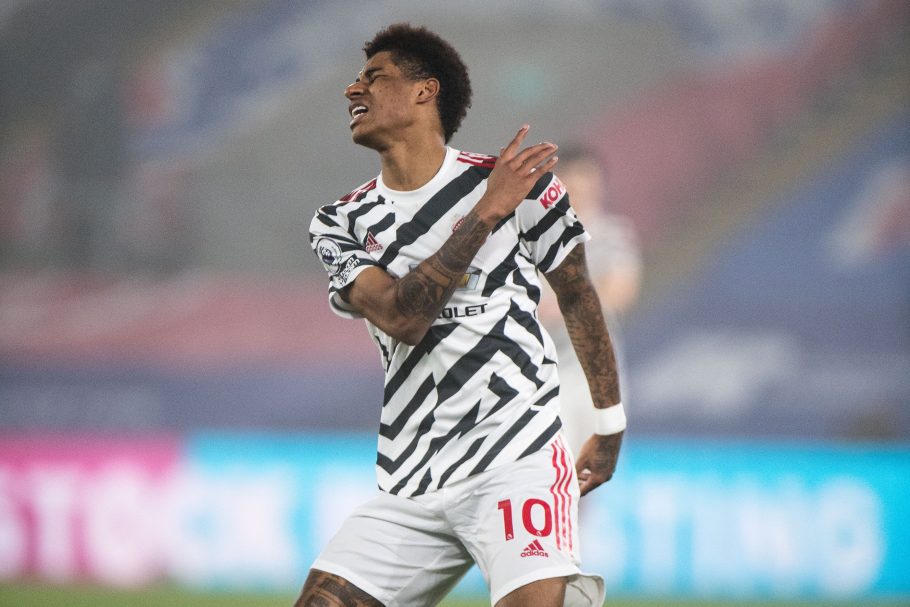 A recent report from England has claimed Marcus Rashford may need to undergo surgery before the start of  the 2021/22 season.

2020/21 has once again seen Rashford form a key part of Manchester United’s attack.

Despite perhaps not seeming to have his most impressive season in a United shirt, Rashford has actually notched 18 goals and 11 assists in all competitions this season.

The 23-year-old has done so across 42 outings this term, and is actually the only United player to appear in every single one of the Red Devils’ games this campaign.

And whilst that is an impressive feat and shows how important Rashford is to Ole Gunnar Solskjaer’s set-up, such a workload does look to be taking its toll on the winger. 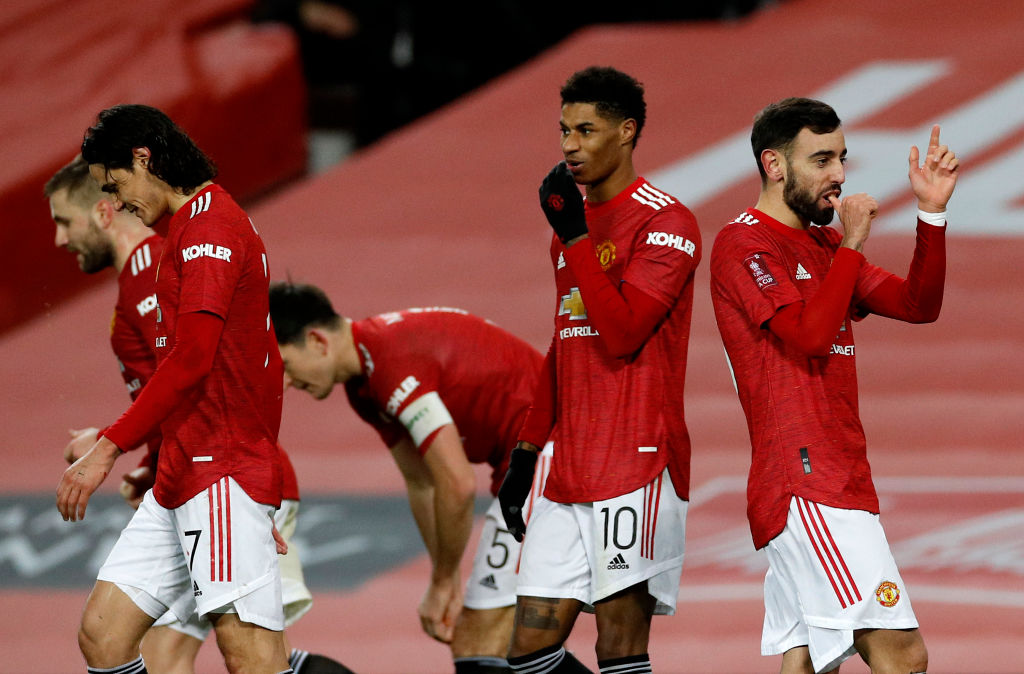 MANCHESTER, ENGLAND – JANUARY 24: Bruno Fernandes (R) of Manchester United celebrates with Edinson Cavani, Marcus Rashford and team mates after scoring their side’s third goal during The Emirates FA Cup Fourth Round match between Manchester United and Liverpool at Old Trafford on January 24, 2021 in Manchester, England. Sporting stadiums around the UK remain under strict restrictions due to the Coronavirus Pandemic as Government social distancing laws prohibit fans inside venues resulting in games being played behind closed doors. (Photo by Phil Noble – Pool/Getty Images)

According to the Telegraph, Rashford may have to consider undergoing surgery on a shoulder injury after this year’s Euros.

The Englishman is said to have suffered a muscle tear in his left shoulder against Arsenal back in November.

However, said issue is not believed to have corrected itself yet, in part, as per the Telegraph, due to a relentless workload and Solskjaer’s reluctance to rest Rashford.

It is added that the injury has led to Rashford’s shoulder becoming badly inflamed after matches and also restricted his mobility during games, including his ability to jump for and hold up the ball.

Manchester United striker suffered muscle tear in his left shoulder against Arsenal in November and problem has yet to correct itself | @TelegraphDucker https://t.co/pRXOgklr65

‘It is going to hit drivers hard,’ says Ramaphosa on expected...

Buhari Has Done Well Whether People Like It Or Not –...

CARETAKER COMMITTEE SET UP TO RUN BADMINTON IN NIGERIA