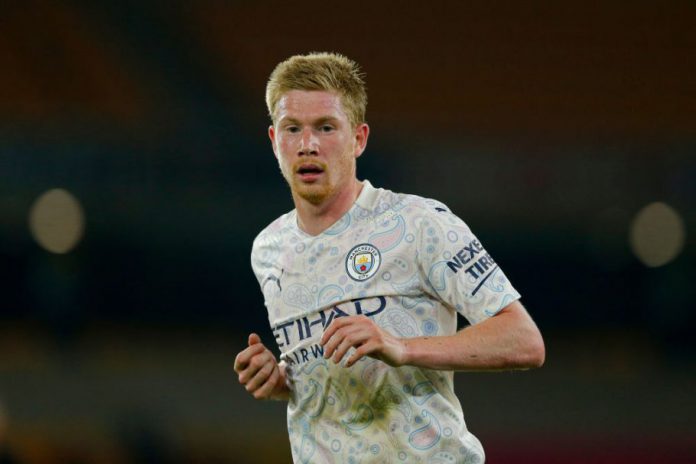 Kevin De Bruyne is, of course, one of Manchester City’s standout stars.

The midfielder has been integral to the Sky Blues’ success for many years now, meaning losing him would mark a huge blow.

At 29, meanwhile, the Belgian looks likely to have a few good years left in him at the top level.

However, City are thought to have been attempting to extend the Belgian’s deal for some time now.

Concerningly, though, it was reported in January that KDB had been left ‘annoyed’ by one of City’s more recent offers:

Now, though, a fresh update on the situation on Wednesday does look decidedly more positive for the Sky Blues faithful.

According to a report from The Times, Manchester City have offered KDB a new contract after the Belgian rejected their first proposal.

The piece from The Times also mentions that De Bruyne was becoming annoyed by the contract negotiations.

However, it is claimed that City’s new proposal is said to be more agreeable to the midfield maestro and there is hope on both sides that an agreement can be reached by the end of the current season.

BUILDING FOR THE FUTURE | EPISODE ONE

Building for the Future – Episode 1. A unique insight into the journey and…

Pep looks ahead to Wednesday as City host Southampton at the Etihad Stadium. For…