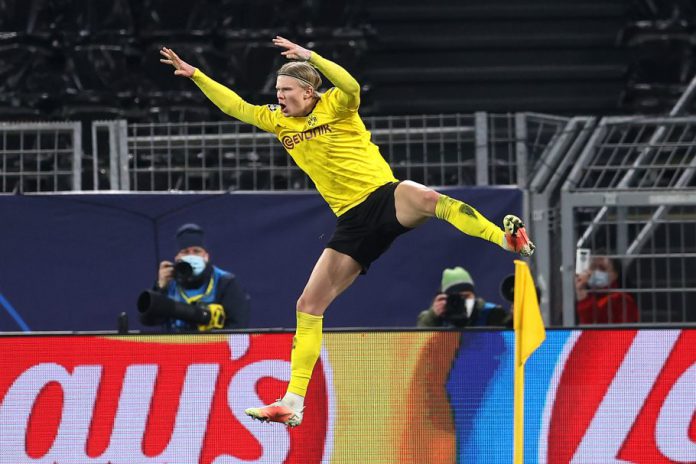 A report from England on Monday has suggested that Erling Haaland is now Manchester United’s centre-forward priority.

Haaland joined Borussia Dortmund in January of 2020, and has since gone on to notch a sensational record both domestically and in Europe.

With the Norwegian also just 20 years of age, he will therefore no doubt be extremely coveted during the upcoming transfer window.

It is Manchester United, though, who could perhaps do with landing someone of Haaland’s quality more than any other top European side.

However, the former has proven on numerous occasions that he is simply not good enough to be the attacking spearhead for a top, top side.

Cavani is the opposite of Martial, with his keen eye for goal and deadly finishing having improved the Red Devils a fair bit this season.

However, at 34 years of age, the Uruguayan is obviously not a long-term option, with his future at Old Trafford beyond the current campaign having also been cast into doubt of late.

So, signing a centre-forward in the summer should be a top priority for the Manchester powerhouse, if they truly want to reestablish themselves as a side capable of competing with Europe’s best.

Haaland, as already mentioned, meanwhile, would be the perfect player to strengthen United’s options up top.

And now, the aforementioned report from the Manchester Evening News suggests that those in a position of power at Old Trafford are of a similar viewpoint.

As per the MEN, Man United have settled on Haaland as their centre-forward priority in the transfer market.

Both Ole Gunnar Solskjaer and United’s football director, John Murtough, agree that the BVB standout is the ideal long-term replacement for Romelu Lukaku.

The report also adds that Haaland is believed to be demanding a weekly salary of £350,000.

United have settled on Erling Haaland as their striker priority. Issues galore but new structure unanimously agree Haaland’s the ideal No.9 after receiving little encouragement over any move for Harry Kane #mufc https://t.co/fMlJFnKuE3

Aubameyang the hero, but Saka takes the plaudits as Arsenal keep...