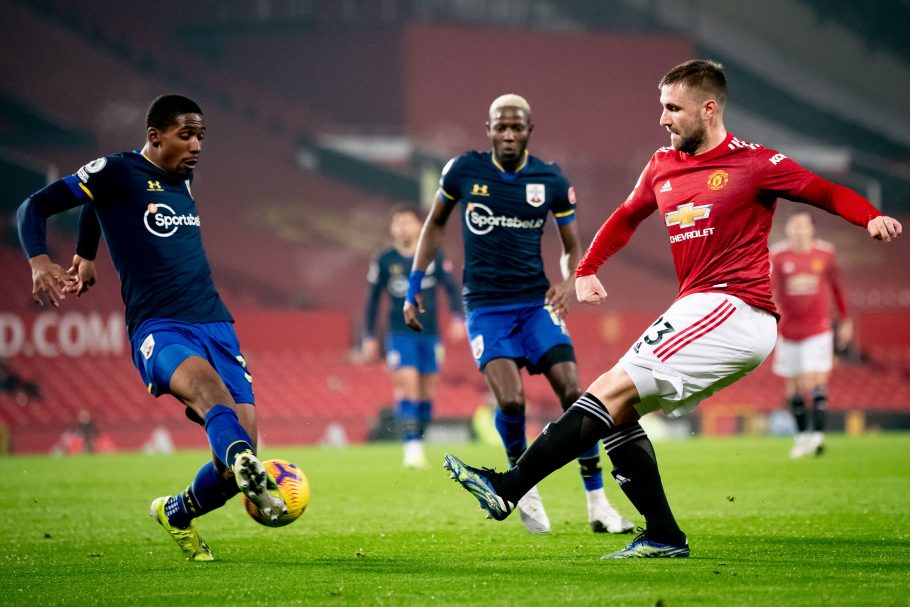 After yesterday’s 0-0 draw between Chelsea and Manchester United Luke Shaw spoke to Sky and claimed he overheard referee Stuart Atwell’s conversation with Harry Maguire regarding the penalty decision.

Luke Shaw said he heard that the penalty wasn’t awarded because Atwell said ‘If I say it’s a pen it’s going to cause a lot of talk after.’

Earlier Luke Shaw described what he heard when referee Stuart Attwell was explaining to Harry Maguire why he didn’t give a penalty to Manchester United.pic.twitter.com/aiRQwjkjyd

Manchester United have since reportedly been told by Harry Maguire that Shaw misheard what had been said.

Journalist Rob Harris said that the time taken to retract the statement could have a bearing on future action.

Luke Shaw has potentially today undermined the integrity of a Premier League referee in Stuart Attwell in an interview aired worldwide. The claim has not been verified.
Could be problematic for United and Shaw

The penalty call meant that the game remained goalless and United 12 points off leaders City.

Ole Gunnar Solskjaer also accused rival managers of looking to influence referees against Manchester United. He was left fuming after the penalty incident and mentioned a situation at Old Trafford where Chelsea felt they should have had a penalty after an incident involving Harry Maguire and Cesar Azpilicueta.

‘It’s all these outside influences. Even the VAR talk before the game on Harry [Maguire]. That’s cheeky when they [Chelsea] put that on their website. That’s influencing the referees.’

The interview can be seen below.

Madonsela sees ‘no rational connection’ to appear at Mkhwebane’s hearing

Ziyech’s move to Paris Saint-Germain in jeopardy after an issue with...

Drogba, Other Legends To Meet At CANEX WKND 2022