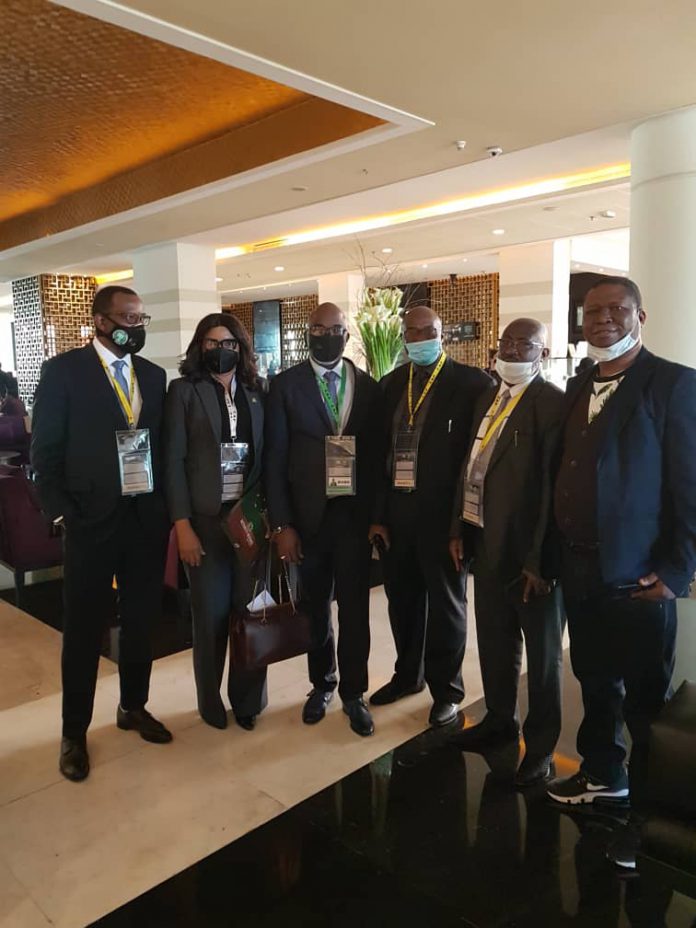 Minister of Youth and Sports Development Chief. Sunday Dare has congratulated newly elected Executive committee member of Fifa and President of Nff Mr. Amaju Melvin Pinnick on his success at the poll.

Amaju was elected into the exalted position of Fifa Executive committee after emerging victorious at the CAF election held in Morocco on Friday, winning by 43 votes to his opponents 8 votes.

According to the statement from the Minister’s Media Office, this is an opportunity for Nigeria and indeed the African continent.

The Minister charged Amaju to use his position to reposition Nigerian and African football ” This is an opportunity to use your new position to make Nigerian, African and World football great again and make it better than you met it. This is the reward of hard work and unity of purpose. We are better off when we support our collective aspirations for the development of our great country. This is an honor well deserved”

The Minister had last week declared open support for Amaju, thus securing the backing of the Federal Government. The Minister was appreciative of the support of Mr. President and the efforts of the foreign Ministry.