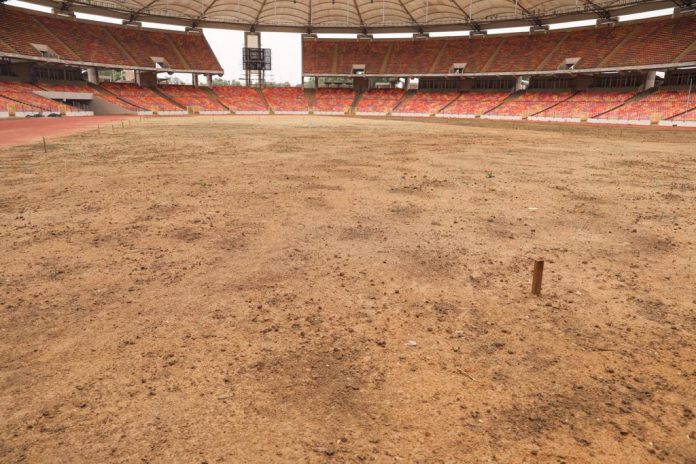 A recent report in the Sunday Sun newspapers which created the wrong impression that the Moshood Abiola National Stadium, Abuja which is undergoing rehabilitation was abandoned is not only false, but mischievous.

According to the media Assistant to the Minister John Joshua-Akanji” My attention was drawn to a misleading report in the Sunday Sun of 11th July 2021 which created the impression that the Moshood Abiola National stadium, Abuja was abandoned, had become a den of robbers and miscreants, habited by reptiles and dangerous animals.This report is not only misleading, but totally at variance with current reality.”

For the records, the stadium is undergoing rehabilitation with regarassing of the main pitch, replacement of the scoreboard, vandalised cables restored which ensures the facility is lighted at night to ensure security. While I admit that there have been challenges in the past, the intervention work in collaboration with the Dangote Group which is funding the rehabilitation has brought a new lease of life to the facility. While the pace of work was slowed down by many factors, the contractor has assured that the work will soon be completed.”

He further said “A stadium that hosted African Handball Championship, Principal’s Cup Final, OSOM Games, Swimming competition, the Olympics camping of athletes among other events canot be said to be abandoned. I am convinced that the edifice will soon be be ready to host major events and be be put to the best use”

‘Not the first time’ – Insight provided into Aubameyang’s disciplinary issues