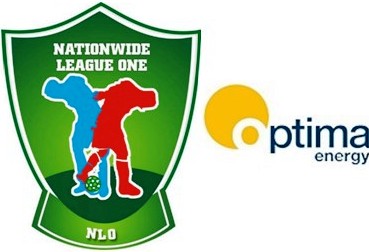 The management of Nationwide League One (NLO) has informed that it has put all things in top gear to host a hitch-free and exciting Optima Energy Super 8 Tournament which is billed for 18th – 22nd October 2021 at the Remo Stars Stadium, Ogun State.

Eight participating champions from the zonal play-offs who got promoted to the Nigeria National League (NNL), Udala FC of Anambra State, Ijebu United of Ogun State, Destiny Boys of Lagos State, Campus FC of Owerri, Imo state, JM Liberty of Makurdi, Benue State, Ottasolo FC of Ogun State, Doma FC of Gombe and Junior Damburam FC of Katsina State are to battle for who becomes the overall champion of the nation’s third-tier league.

NLO Chief Operation Officer (COO) Shola Ogunnowo disclosed on Wednesday, “We are excited as we countdown to the kickoff of the NLO Super 8 in Ikenne.
“All arrangements have been concluded and all things have been put to motion to hosting a successful play-off.

“Of course, to set the ball rolling, the draw format has also been agreed on and a date for the official draws and release of fixtures will be communicated to all the participating clubs and indeed the public.

“The referees that will officiate the Super 8 matches have been selected based on merits, likewise the Match Commissioners, so the clubs have nothing to worry about as they will be treated fairly and just and have the same level playing field.

“I want to urge fans to come to the Remo Stars Stadium to support their teams but will adhere strictly to all COVID-19 protocols by wearing a mask, use of alcohol-based hand sanitisers and also observe social distancing.”