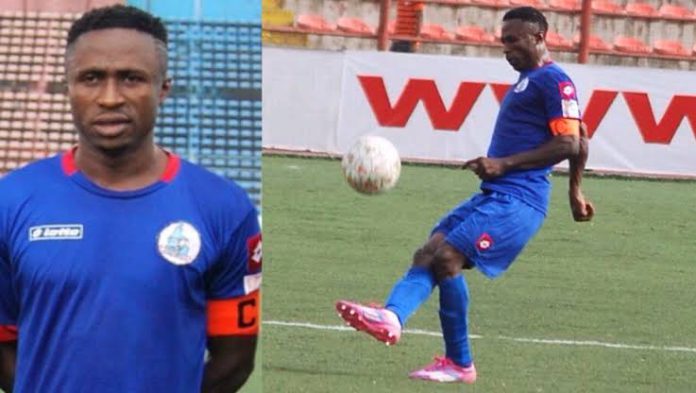 Rivers United captain, Festus Austin, has expressed satisfaction after his team was able to secure a continental ticket despite losing in the final matchday of the season

The Pride of Rivers suffered a 1-0 defeat to Sunshine Stars but still able to finish second behind champions Akwa United.

Austin was delighted following the outcome of the Nigeria Football Federation decision in their match against the Jigawa Golden Star.

They were awarded 3 points and 3goals which catapulted them to second place on the table.

He said, “I’m very happy although I expected it, I just believe we are capable of going back into the continent next season, because we played very well last season but unfortunately we lost the trophy.

He added “I think I will not forgive myself if we failed to get the continental ticket and make the good people of Rivers State happy,” he said.

Rivers United lost to Enyimba International in the playoffs round of this year’s CAF Confederation Cup via penalty shootouts.