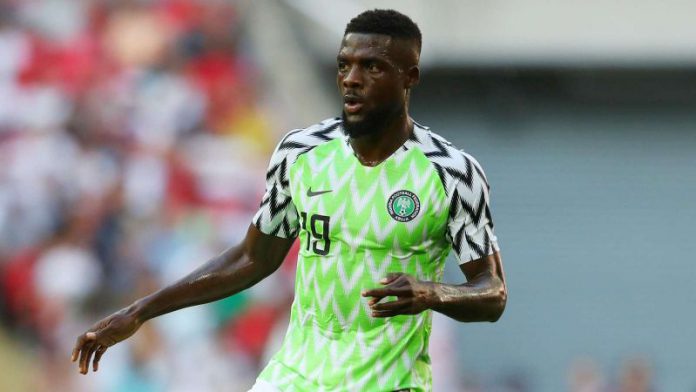 Hapoel Beer Sheva midfielder John Ogu has responded to Nigerian fans and urged them to support the Super Eagles and not expect beautiful football from the team.

Ogu revealed that some football enthusiasts from across the West African country requested his review of the team’s performance after they defeated Liberia 2-0 in a 2022 Fifa World Cup qualifying match on Saturday.

Victor Osimhen and Ahmed Musa scored Nigeria’s goals from the penalty spot, in the 15th and 94th minutes, respectively in Tangier.

The three-time African champions struggled to find the back of the net in open play but the three points they grabbed helped them maintain their lead at the top of Group C.
They face second-placed Cape Verde Islands whom they lead by two points – in their final group fixture at the Teslim Balogun Stadium on Tuesday, and Ogu has called on the fans to get behind the team as they look to avoid defeat at home.

“Alot be tagging me asking for the Super Eagles to play that whole beautiful football to win games,” Ogu tweeted.

“Listen you all, beautiful football doesn’t win games these days. Winning games is the real deal. You all support the team and the manager, big game coming up on Tuesday before play-off. Pray for the team to win against Cape Verde. No noise, we will be victorious. Wishing the team all the best on Tuesday.”