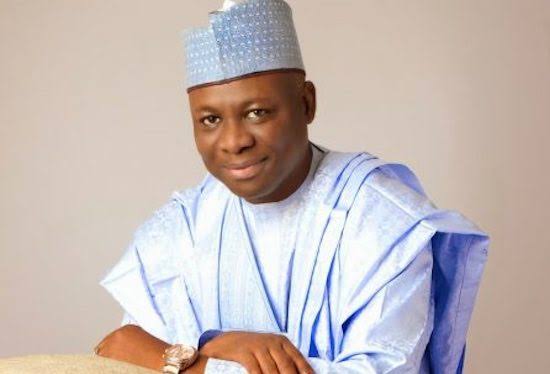 The former Vice President of the Athletics Federation of Nigeria Hon Olamide George has congratulated the newly elected board.

Olamide sent the congratulatory message through a phone call immediately following the declaration of results of the 2021 Electoral Congress.

As he felicitated with the newly sworn in board members, the former South West representative also described the Kebbi elections as legitimate and promised to join hands with the Engr Gusau led Board to rebuild the federation.

“I congratulate my brother and friend Engr Ibrahim Shehu Gusau on his re-election as President of the Athletics Federation of Nigeria and also rejoice with the newly elected board.

“I am happy that illegitimacy was not allowed to marr the Kebbi Elections. I promise to join hands with the Gusau led Board to continue the development of Athletics in Nigeria. I am with you all the way,” an elated Olamide George stated.

The former Minister of Youth and Sports Barrister Solomon Selcap Dalung who was also in Kebbi as an observer expressed happiness that the seed he sowed in 2017 has germinated.

“At the 2017 National Federation Elections held in Abuja, I directed all Sports Federations to domicile their Constitutions with the Ministry of Sports. I told them that their Constitution will be their guideline in 2021 when the next elections are due to hold.

“Today, we have witnessed the dividends of adhering to the directive for each National Sports Federation to submit its constitution back in 2017. This ensures that nobody interferes in the way the Federations decide to elect their board members.

He urged all other federations to take a cue from the AFN and strengthen their internal workings backed by their constitutions.

Dalung said that the Ministry’s role is supervisory and not to impose its will on federations.