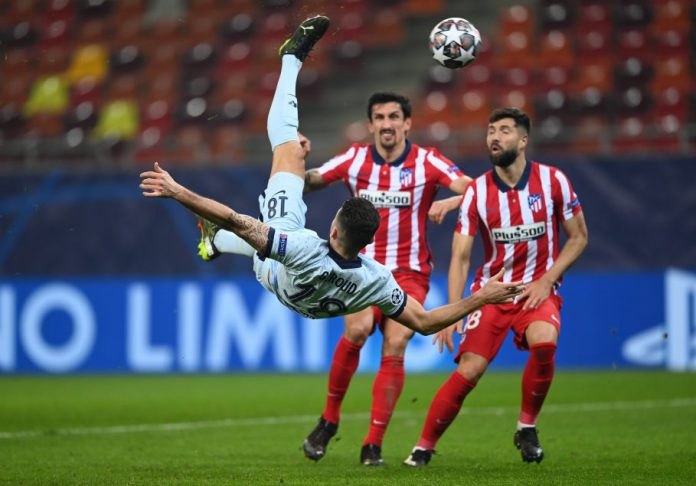 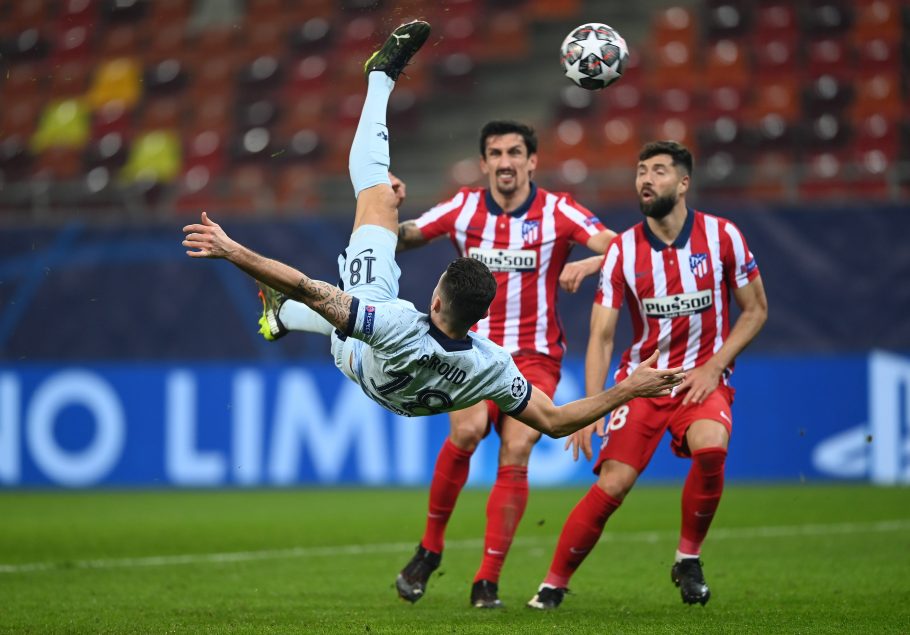 Chelsea got the better of Atletico Madrid this evening, but the Blues’ win came at a cost ahead of the 2nd-leg meeting between the sides.

Thomas Tuchel’s men got their European campaign back underway a short time ago.

The Premier League giants made the trip to the National Arena in Bucharest, for a Champions League Last-16 showdown with Spanish table-toppers Atleti.

The tie was viewed as one of the more difficult to call ahead of kick-off this evening, with the latter, despite their place atop La Liga, having looked less than impressive of late.

And, when all was said and done in the Romanian capital on Tuesday, the woes of Diego Simeone’s men only deepened.

A solitary goal, netted a little over 20 minutes from time by Olivier Giroud, eventually guided Chelsea to a key first-leg victory.

The strike, which was only confirmed following a lengthy VAR check, came in spectacular fashion, as Giroud showcased the athleticism of a man much his junior, to direct home a wonderful bicycle kick from the penalty spot:

VAR initially ruled the goal out but it stands as Mario Hermoso was deemed to have deflected the ball onto the Frenchman 🙌 pic.twitter.com/CAweQ8SzAR

The Frenchman’s latest fine strike, meanwhile, proved not only crucial for Chelsea, but also significant on an individual basis, as Giroud moved into 3rd on the list of the Blues’ highest-ever goalscorers in European competition:

Most European goals for Chelsea:

Another crucial #UCL goal for the Frenchman. 👏#CFC | #ATMCHE pic.twitter.com/XN8MvKgr7M

As outlined above, however, on an otherwise superb night for Chelsea, the Londoners were also dealt a couple of concerning blows on the personnel front.

These did not come in the form of injuries, however.

Instead, Thomas Tuchel saw a pair of his midfield stars pick up yellow cards, ruling both out of contention for the club’s 2nd-leg meeting with Atletico in three weeks’ time.

The players in question came in the form of Mason Mount and Jorginho, with Tuchel, as a result, set to be forced to reshuffle his pack at Stamford Bridge on March 17th:

Koke likes a chat with the ref doesn’t he?…Jorginho picks up a yellow and like Mount, is also suspended for the second leg. #ATMCHE 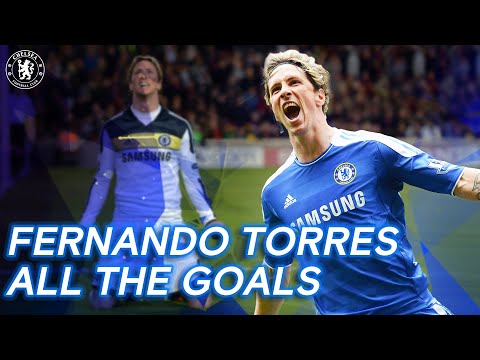 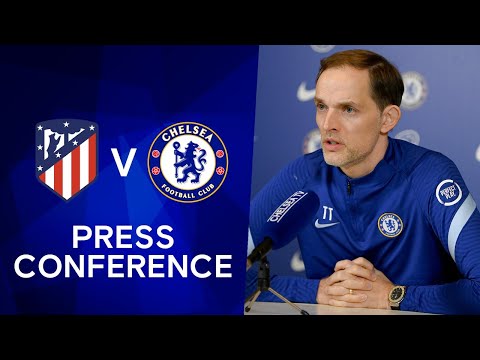