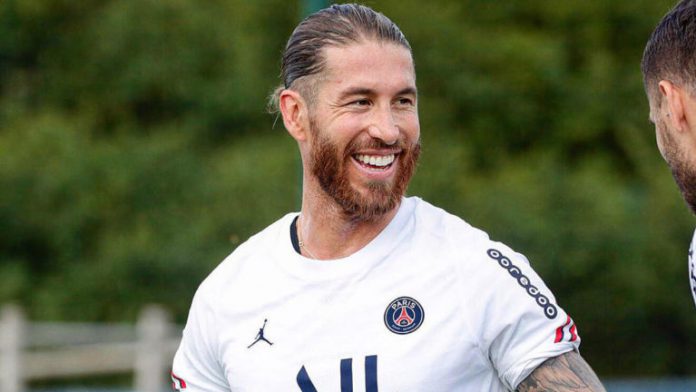 Paris Saint-Germain are reportedly refusing to rule out the possibility that they could rescind Sergio Ramos’ mega-money contract and let him walk away from the club for nothing as his injury nightmare continues.

The Spanish defender moved to PSG on a lucrative free transfer in the summer but is yet to make his debut due to a calf problem that he initially suffered three months ago.
Ramos’ last appearance came in Real Madrid colours during their Champions League semi-final second leg defeat at Chelsea on May 5.

Although reports of Ramos’s salary vary wildly, even conservative estimates of £13million per season (£250,000 per week) would mean that he has already pocketed £4m without playing a single game since signing in July.

However, given his salary at Real Madrid was north of £300,000 per week, it is likely that he has pocketed an even larger sum for sitting in the stands at the Parc des Princes.
His lack of availability is frustrating PSG chiefs and reports in France say they are considering the prospect of tearing up his contract.

French outlet Le Parisien has claimed PSG would be willing to let him walk away from the club if his fitness problems continue to hinder his chances of selection.

It’s reported that the club feel they made a mistake signing the 35-year-old and are now contemplating their next move. However, they would need to reach an agreement with Ramos first before they can tear up his contract.

‘The trust that some placed in the defender at the time of his signing, or even after his calf injury a few weeks later, is no longer unshakable today,’ reads the report in Le Parisien.

Ramos signed a two-year contract with PSG in the summer and it was hoped he could help the French side win the Champions League title that continues to elude their Qatari owners.

PSG were aggressive in the transfer market, bringing in Ramos, Lionel Messi and Georginio Wijnaldum on free transfers as well as splashing out on the likes of Gianluigi Donnarumma and Achraf Hakimi.’
PSG are once again hopeful that Ramos is close to returning to training and could make his debut soon.

They released a statement last week announcing that Ramos would be ‘considered’ for a return to training imminently.

It read: ‘The evolution of Sergio Ramos’ recovery program, co-ordinated by the medical staff, is progressing very well.
‘Continuous resumption with the group may be considered in the course of next week.’
Ramos was also recently criticised by French newspaper L’Equipe when they published a video mocking Ramos’ fitness woes and described him as a ‘ghost’.

Mauricio Pochettino’s side busy an important month as they bid to strengthen their grip on the Ligue 1 title race and qualify from a difficult Champions League group.
They face RB Leipzig on Wednesday night before domestic games against Bordeaux and Nantes are sandwiched between a mouth-watering trip to Manchester City