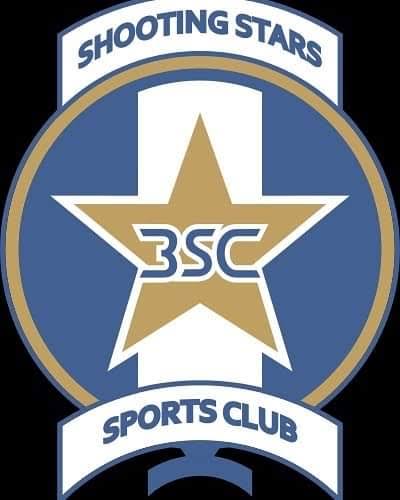 Shooting Stars Football Club of Ibadan on Wednesday defeated NK Tabour of Slovenia with 4 goals at the end of international friendly match during the unveiling of the remodeled Lekan Salami Sport Complex, Adamasingba, Ibadan.

The international friendly had a goal against the Slovenian team at the first half and 3 goals was added in the second half.

Some of the old players who players who participated in the match includes, Jay jay Okocha, Austin Eguavoen, Taribo West, Peter Rufai, Ike Shorunmu and host of others.

Remodeled Lekan Salami Stadium Ibadan
Although the match was affected by the heavy downpour which obviously affected free flow of the game but footbal enthusiasts commended Governor Makinde for a job well done and urged him to fix some of the noticeable errors in the pitch and other part of the stadium yet to be fixed.

Nigerians who watched the match on national television are already condemning the development saying that the the said investment on the stadium did not commensurate with the amount quoted to have been spent on it.

Engineer Femi James, Project Manager, Peculiar Ultimate Concerns, the company which handled the projects had last week said the entire project will be completed by December, 2021 adding that the errors pointed out by Nigerians will be fixed before handing over.

Also traditional rulers including the Soun of Ogbomoso, Aseyin of Iseyin, Olugbon of Ile Igbon, Olu of Igbo Oran Onpetu of Ijeru and others traditolional rulers and high chiefs attended the event while Olubadan was reported to have angrily returned home because he was unable to gain entrance into the stadium due large number of crowd.

Govenor Makinde in his speech specially recognized the effort of General David Jemibewon, the ex-military administrator for conceiving and construction of the stadium in 1988.