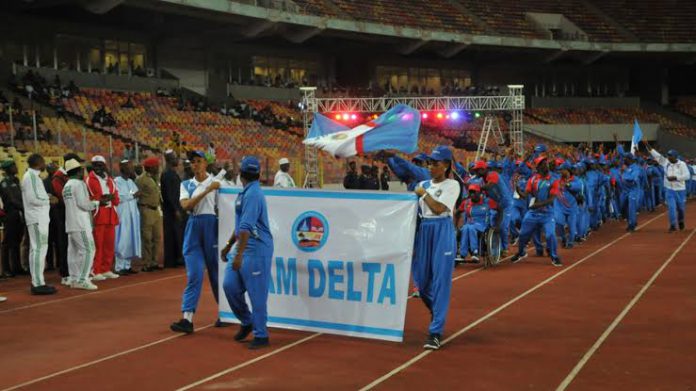 The Minister for Youths and Sports Development Chief Sunday Dare described the performance of the athletes as the sign of better things to come in Nigeria sports sector asserting that the future was bright. Chief Dare while thanking the states for their sustained investment in sports called on the states not to relent as their investments have continued pay off with most of the athletes discovered at the games in the past becoming the mainstay of Nigeria representatives in international events.

He however warned against age cheats saying the Ministry will henceforth institute scientific methods to check such occurrences in the forthcoming Games. Chief Dare said the Ministry will commence the use of MCI technology to ensure that age cheat was curbed while stressing that any athlete caught as an age cheat in subsequent editions will be handed bans while states involved will be sanctioned.

The Vice Chancellor University of Ilorin Professor Age Abdulkareem represented by the Deputy Vice Chancellor Research Mikhail Buhari thanked the Federal Government for the opportunity to host the rest of Nigeria saying they are willing to continue hosting the games as it has helped in improving the sporting facilities in the institution.

Professor Abdulkareem however appealed to the Minister of Youth and Sports Development to fulfil it’s promise of building an Olympic sized swimming pool in the institution among other facilities saying the institution had become the home of sports among it’s peers.