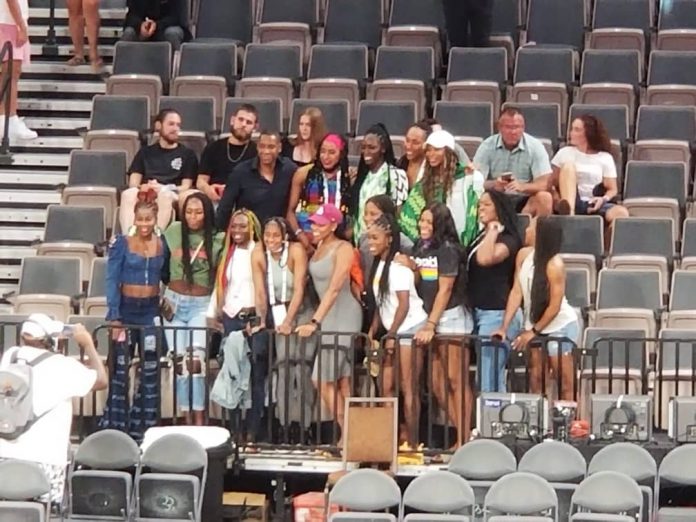 In order to boost the morale of the D’Tigress players, President of NBA club Toronto Raptors, Masai Ujiri, on Wednesday visited the camp of Nigeria senior women’s national team.

The current African champions had since commenced training for the Tokyo 2020 Olympic games under the tutelage of Coach Otis Hughley.

The team who are presently observing their camping in the United States was on hand in the early hours of Wednesday to offer moral supports to D’Tiger who was keeping date with Australia basketball team.

Ujiri was in the team camp where he encourage and motivate the players to give their maximum best in Japan.

The former Denver Nugget man was a Nigeria, Canadian citizen but was born in Bournemouth, England.