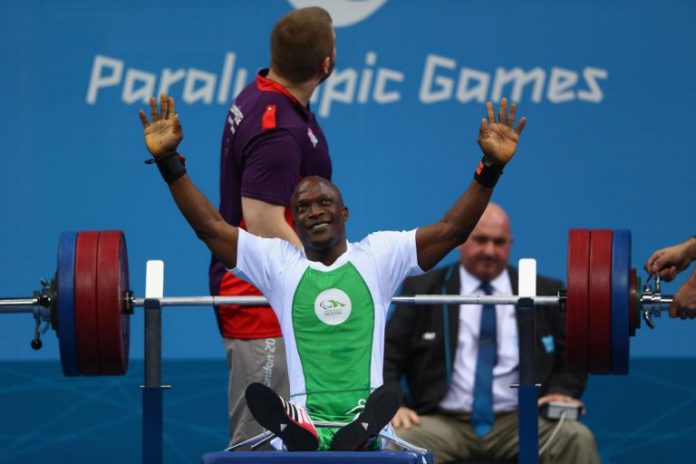 He missed out on a podium placement in men’s -49kg #Powerlifting, finishing 4th with his best lift of 155kg. Adesokan attempted 161kg on his last attempt to snatch Bronze from Azerbaijan’s Parvin Mammadov who lifted 156kg, but failed to lift it.

Competition in Para Powerlifting at the Tokyo Paralympics starts on Thursday morning with Adesokan taking the first go in the 48kg category.

He failed to lift 161kg on three attempts and ended up in fourth place at Men’s up to 49kg.

Adesokan, a London 2012 Paralympic and 2014 World Para Powerlifting Championships gold medalist was a favourite for gold in Tokyo, going by his record 180kg lift.

Omar Sami won the good medal after lifting 173kg on his last attempt. The Jordan athlete was silver medalist at Rio 2016