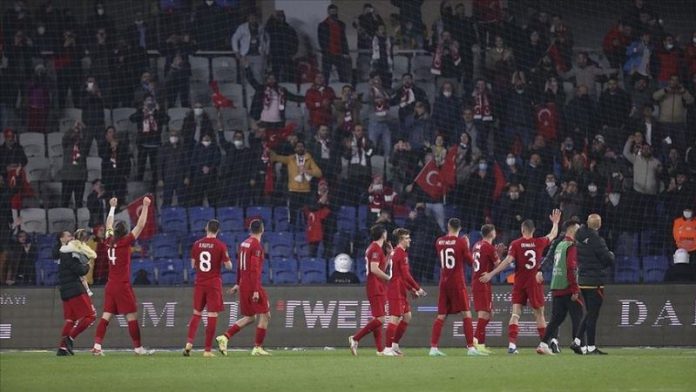 The home side took control from kick-off, Kerem Akturkoglu scored an impressive solo goal in the 11th minute, giving Turkey a 1-0 lead at Basaksehir Fatih Terim stadium in Turkish metropolis Istanbul. Gibraltar’s Jayce Olivero was shown red after a VAR (Video Assistant Referee) review for a foul on Zeki Celik in the 22nd minute.

Halil Dervisoglu in the 38th minute doubled the lead with a shot from short range.
Before the first half ended, Dervisoglu scored his second goal by firing a shot, assisted with a cross by Burak Yilmaz.

The second half was similar to the first as Turkey put pressure on the visitors and had several chances to score more.

Goals from Merih Demiral and Serdar Dursun made the score 5-0, both assisted by Ridvan Yilmaz, who came on as a substitute in the second half.

In the 84th minute, Mert Muldur powered a header from Orkun Kokcu’s corner kick and Turkey earned an easy 6-0 win over Gibraltar.

Hector Bellerin ‘eager to test himself’ away from Arsenal amid PSG...