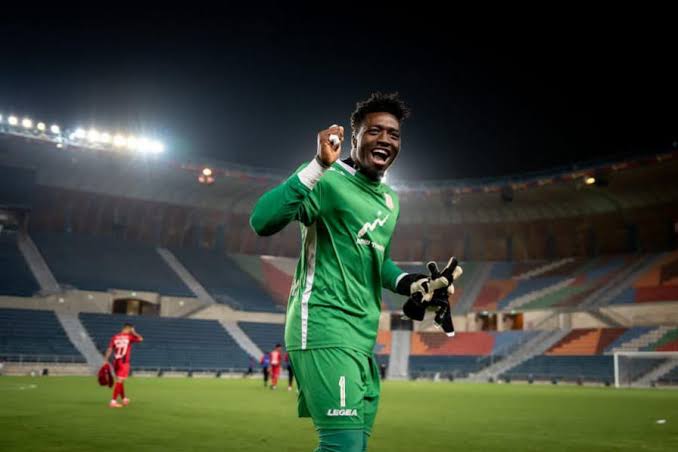 There is nothing far more important for Hapoel Jerusalem star, Adebayo Adeleye than nipping down the street of Tel Aviv square to feed pigeons each time he is done with his club’s daily routine at Hapoel training ground.

Aside from standing between the sticks for his Jerusalem club, feeding pigeons is one of the bills he likes to pay. He was asked what he stands to gain by having pigeons swam around him like ants on sugar, My reward comes from heaven,” he’ll say.

Surely, his reward from above is nearer than he ever thought after Super Eagles gaffer, Gernot Rohr expressed delight with his near-perfect goalkeeping techniques and has decided to extend an invitation to the former Golden Eaglets goalkeeper.

No doubt, football still chronically undervalued goalkeepers, always have, and seemingly will. Some top ranked goalkeepers that have turned up in that position in the past have suffered the same fate. This is even though quality goalkeepers stand a good chance to remain at a high level for longer than an outfielder.

But Adeleye is about to change that, and he has a little given his performance in the Israeli league after he guided Hapoel Jerusalem to promotion last season. Below are two reasons why the young goalkeeper is tipped to shine in Israeli league this season.