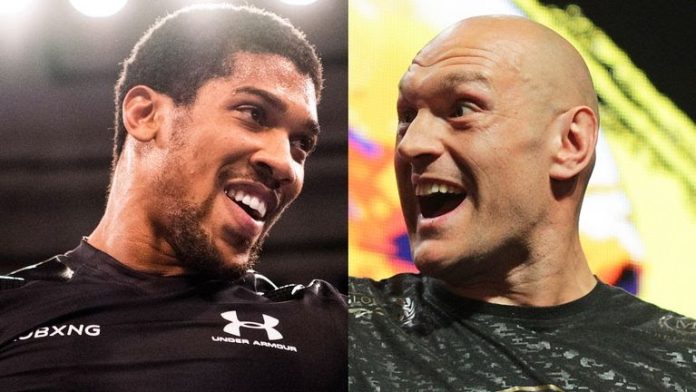 Anthony Joshua’s mega-fight with Tyson Fury for the undisputed heavyweight title is at risk of being cancelled after Deontay Wilder won his civil arbitration case for a trilogy fight with Fury.

The ruling from the US judge Daniel Weinstein says Fury must fight Wilder for a third time by September 15. It came just 24 hours after Fury had posted on his social media channels that an all-British blockbuster fight between him and Joshua was close to completion for August 14 in Saudi Arabia but the decision threatens the fight going forward.

Fury’s team must now settle with Wilder which could be a huge step aside deal involving potentially millions of dollars for the American with the legal teams representing Wilder capable of issuing proceedings and setting injunctions involving the television companies involved and the sanctioning bodies which control the four belts.

Fury and Wilder have been deep in an arbitration case for several months with Wilder’s team insisting Fury would have to honour a clause in their contract for a third fight with the Alabaman, against whom Fury won the WBC heavyweight title in February 2020 in Las Vegas.

Arbitration on the case started in late 2020, after Wilder had exercised his right for a third fight just over a week after being defeated by seventh-round stoppage by the ‘Gypsy King’.

Initially, a date of July 18 was set for the trilogy, but that date was postponed due to the coronavirus pandemic followed by Wilder having to undergo surgery.

Wilder was then prepared to go through with the fight in December, only for Fury and Hall of Fame promoter Bob Arum to insist that the contractual clause had expired in October. On Monday night, the legal teams were locked in talks without an outcome.

Officials from Top Rank Fury’s US promoters and Wilder’s co-manager Shelly Finkel declined to comment. Fury has yet to defend the WBC title and there is even the possibility that he may have to vacate the belt in order to proceed against Joshua, with both fighters likely to earn at least £60 million