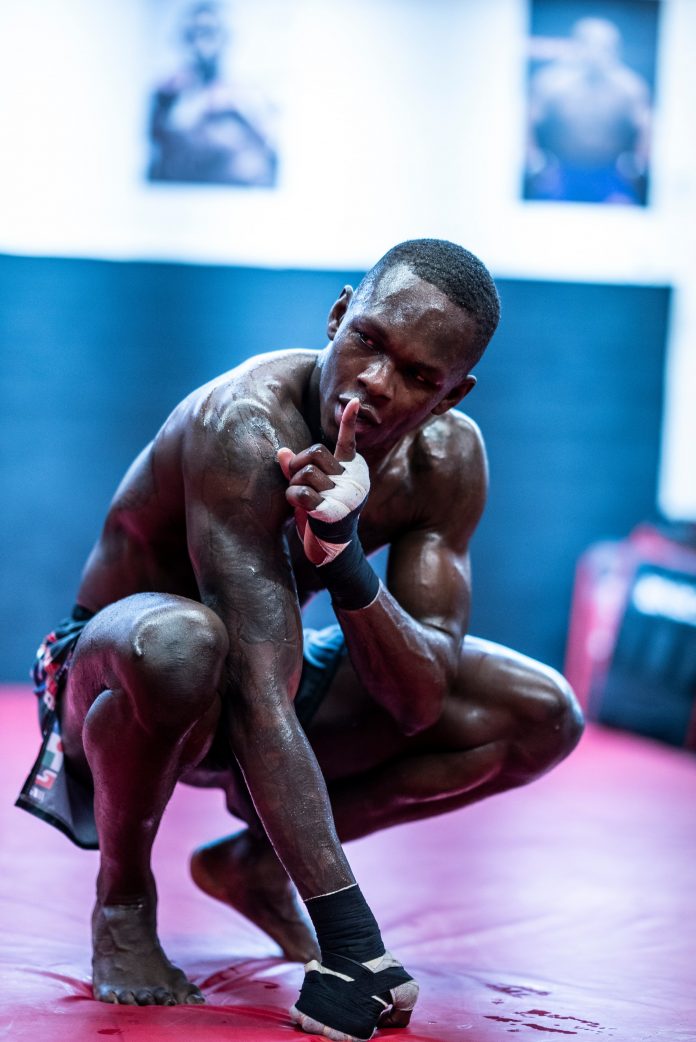 Adesanya (183.5 pounds) and Vettori (184.5) both successfully made weight Friday morning for Saturday’s main event of UFC 263 in Glendale, Arizona. The middleweight title fight limit is 185 pounds.

This is a rematch of a 2018 split decision win for Adesanya, which was one of the most difficult fights in his run to the belt.

On Thursday, Adesanya and Vettori verbally blasted each other over and over during the prefight news conference until Adesanya prompted Vettori to fight him right then and there — and Vettori got up to take him up on the offer.

UFC president Dana White and security intervened, physically taking Vettori offstage. ESPN has Adesanya ranked No. 3 on its pound-for-pound men’s MMA fighter list. At middleweight, Adesanya is ranked No. 1; Vettori is No. 6.

The 31-year-old Adesanya (20-1) is looking for his third successful middleweight title defense. The Nigerian-born New Zealand resident is undefeated at 185 pounds and has held a share of the title in the UFC since April 2019. He is coming off a loss to Jan Blachowicz in a UFC light heavyweight title fight at UFC 259 on March 6.

Vettori (17-4-1) has won five straight and is the hottest fighter in the division. The Italy native pushed Adesanya to the brink in 2018 — a fight that Vettori still believes he won. The 27-year-old fighter has not lost since and is coming off a unanimous decision win over Kevin Holland in April.

The UFC flyweight title will be on the line in the co-main event. Champion Deiveson Figueiredo and challenger Brandon Moreno both successfully made weight at 125 pounds even. Figueiredo, who was the last fighter to weigh in, has had issues with weight in the past but came in right at the mark this time. He is ranked No. 8 pound-for-pound by ESPN, with he and Moreno at Nos. 1 and 2, respectively, at flyweight.

In one of the best fights of 2020, Figueiredo (20-1-1) and Moreno (18-5-2) fought to a draw at UFC 258 last December. The 33-year-old Figueiredo, from Brazil, is unbeaten in six straight and is the most fearsome knockout artist in UFC flyweight history. Moreno, 27, is trying to become the first Mexican-born fighter to win a UFC title. He is also unbeaten in his last six fights.

The winner could receive a title shot.

Steven Peterson missed weight by 2.5 pounds, coming in at 148.5 for a featherweight matchup with Chase Hooper. Peterson will forfeit 20% of his purse, but the bout will go on as scheduled, per UFC officials

International Friendly: 20 Super Eagles set to take the fight to...