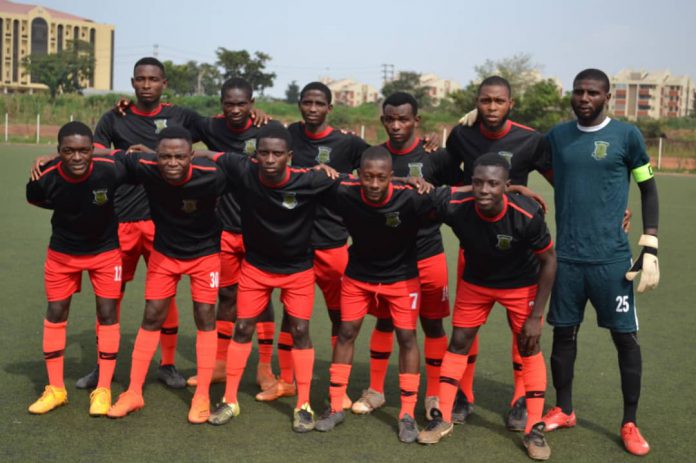 Captain of Nationwide League One, NLO side, Fosla Football Club of Abuja, Peter Shedrack Brahimo has described the preseason as a nice tournament, and one that will give his youthful team the needed experience to excel in the round leather game.

Speaking after putting up exceptional performance in their second match against Cynosure FC at the on going Unity Preseason Tournament, the 300 level student of Nasarawa University Keffi, “We the young ones who are yet to play professional football, it is a good avenue to develop our talents.”

He further disclosed that his team has a lot of respect for all the especially the Nigeria Professional Football League, NPFL side, but, they fear none. He however said they are ready to learn from the big players and move hard to attain their levels immediately they finished their academic pursuit.

On their last group match against Nasarawa United, the Edo state born goalkeeper said “We are not afraid of them (Nasarawa United). There is no reason for us to get jittery. We will come out, work and pray; God will give us the victory.

“For sure, if we make use of our chances, we will be victorious,” the Nasarawa State University undergraduate said.

On his excellent performance against Cynosure FC, he said he only did his best while God took charge of the rest.

“It is God Almighty. I did the best I can and God did the rest,” he said.

“It was not a bad result. We came to win but at the same time, we did not lose the match. It was good, though that was not the result we wanted but we still have one match left against a bigger side.

“We will go back, check on our lapses and improve.”