Gabriel Martinelli returned from injury against Everton away from home at the end of 2020 and burst onto the Arsenal pitch against Manchester City in the quarter final of the League Cup.

The Gunners had looked like they’d been missing the Brazilian for a long time as well as the energy he provided. It was a breath of fresh air to an Arsenal team that had lacked an injection of desire and pace.

However, Martinelli has struggled for regular game time recently with the likes of the Bukayo Saka, Willian, Nicolas Pepe and Emile Smith-Rowe being used in wide areas more often from the start or off the bench.

Arteta explained though that he could play on Sunday, where he hopes the 19-year-old will take his chance.

“He wants to play all the time,” Arteta said regarding his lack of minutes. “We know him and we know he is disappointed when he is not playing and you know that when you throw him on the pitch he is going to do his best.” 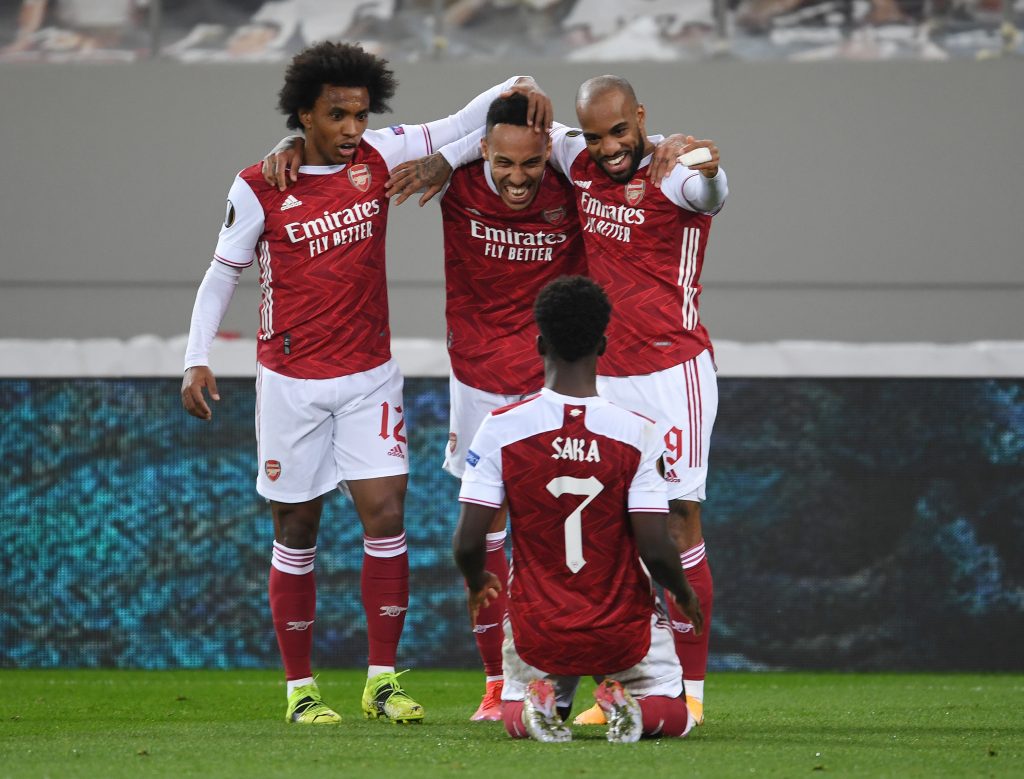 “He had an opportunity last week when I decided to sub Auba and give him some minutes against Benfica. He needs to take those opportunities and if he plays on Sunday he needs to take it like everybody else.”

Here, Mikel Arteta discusses why Gabriel Martinelli’s minutes have dried up and challenged the young forward to take his chances when they come. pic.twitter.com/cA2zRYaIqf

This is not the first time that Arteta has been asked about the Brazilian and previously in January explained how his long-term injury had been a factor in his lack of team selection opportunities.

“Well, he came back and did really well, but then he picked up another injury,” said Arteta. 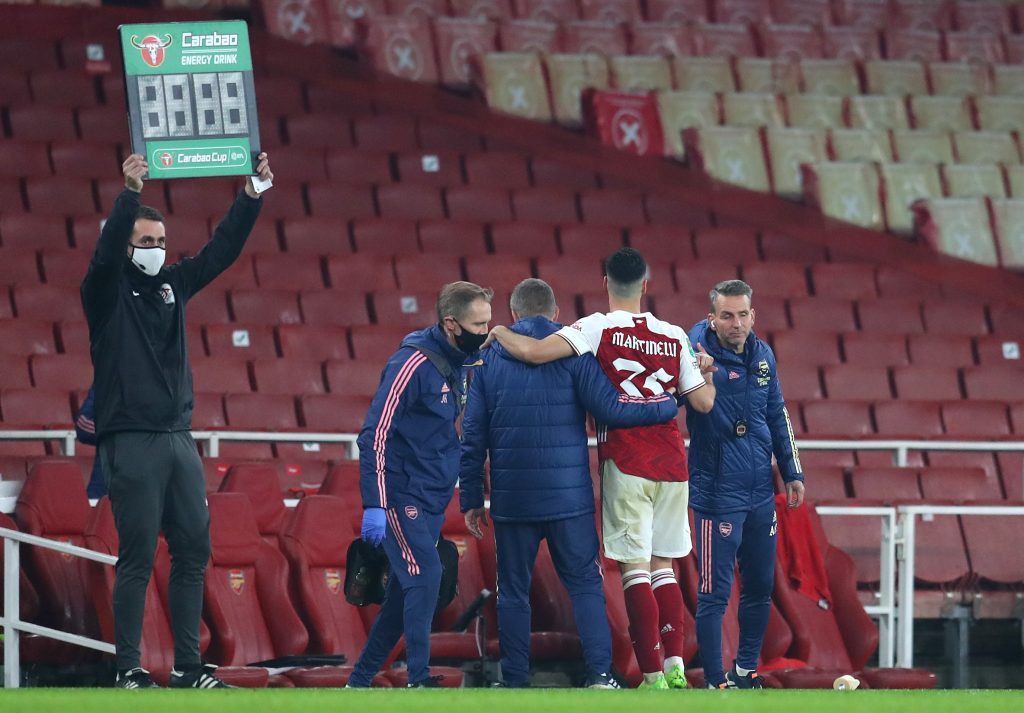 LONDON, ENGLAND – DECEMBER 22: Gabriel Martinelli of Arsenal is helped off as he replaced due to injury during the Carabao Cup Quarter Final match between Arsenal and Manchester City at Emirates Stadium on December 22, 2020 in London, England. The match will be played without fans, behind closed doors as a Covid-19 precaution. (Photo by Catherine Ivill/Getty Images)

“It took him a while to come and now it’s about getting in his rhythm and getting his place in the team like anybody else. Don’t forget that we played him last time against Manchester United and he started ahead of other players, so it’s not like he’s not having the opportunities.

“We know that he’s got a huge potential and he’s done some really good things since he’s come back. He has a lot of things to develop in his game because of course at his age it’s normal.”

The match against Leicester is a good opportunity for Martinelli, who thrives in environments against sides which like to have possession, so that he can press and force them into mistakes.

With Leicester dropping points and having a couple of scares, especially regarding their Europa League elimination, it could be a perfect opportunity for Martinelli to stake a claim in the line-up.

WATCH: Gauteng’s R1,6 billion in medico-legal claims a concern, but being...