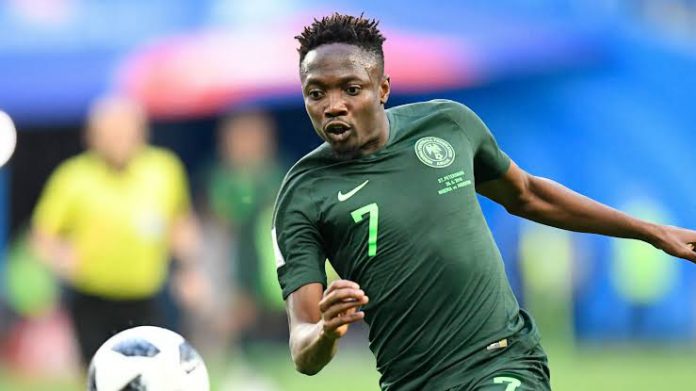 Super Eagles captain Ahmed Musa has explained why he thinks the Super Eagles of Nigeria can win the 2021 AFCON tournament in Cameroon.

Nigeria qualified for the tournament after the victories against the Republic of Benin and Lesotho.

Speaking Musa explained that he spoke to the team about their ambition in Cameroon. He, however, revealed that they set their target to winning the tournament.

“During our last two AFCON qualifiers against Lesotho and Benin Republic, I spoke with the boys and said we needed to set our target.

“What do we want to achieve at the tournament? Is it just to qualify and go there, or we want to go and win?

“We went to Benin, and we won, which was very good for us, and after the game against Lesotho, I said we had qualified, and our target now was the Nations Cup.